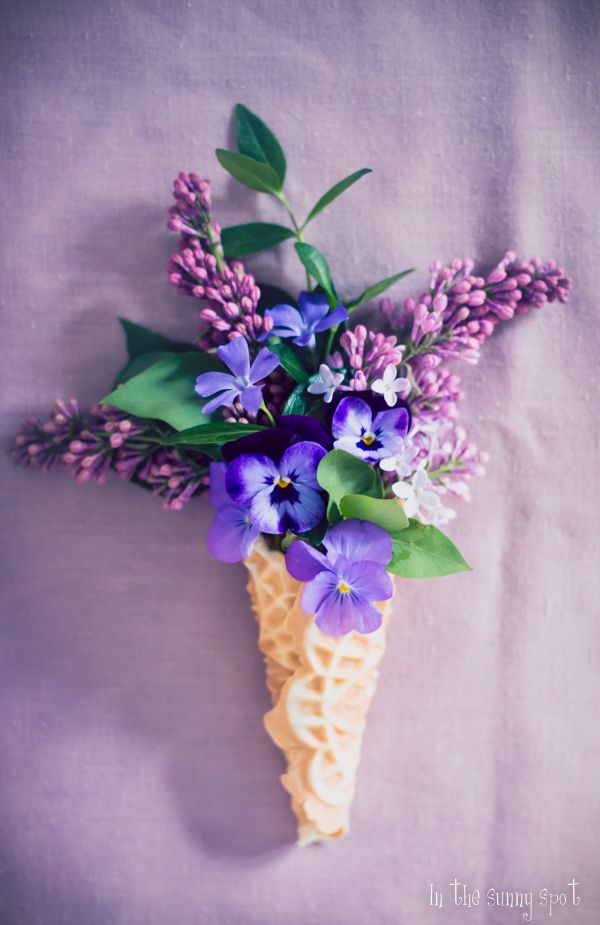 I had mentioned two posts ago ('Donuts') that, since going gluten free, there were certain foods that I've missed tremendously. One tragic loss was Ben&Jerry's ice cream. Happily, after about 9 months, I was reunited with ice cream in general (Breyer's) but, I've been thinking about that 'anyone can cook' thing that I wrote about. It was around the time that I was having these thoughts of culinary confidence that I was over the moon to receive the news that Linda Limonlino's (Call Me Cupcake's) book on ice cream was finally going to be released in the States!! With Christmas money, I bought an ice cream maker (which, ironically, arrived on one of the most brutally frigid, record-breaking cold days, this winter) and I waited with a heightened sense of expectancy for spring and my pre-ordered copy of her book to come. I had an even greater challenge, however - ice cream cones! Taking a recipe from Kyra Bussanich's book 'Sweet Cravings' I fiddled and fuddled with her recipe for canollizelli shells and have come up with a pretty lovely pizzelle recipe. Several people have asked for the recipe; so.... here's where I'm at with it, so far.

Using a stand mixer with a whip attachment, whip the egg whites and sugar until very thick and pale and fluffy (about 2 minutes.) Add in the vanilla, brandy, egg yolk and melted butter.

Brush pizzelle iron lightly with oil and plug in to begin heating.

In a small bowl, whisk together the sweet rice flour, tapioca starch and baking powder. Fold into the wet ingredients.

The cookie presses on my iron are 5 inches round and I've found that using a 1 1/2 inch round ice cream scoop (that has the little lever to release the dough) works perfectly for dropping uniformly round blobs onto the iron that will spread through the mold fairly evenly. Before I thought of that, a tableware teaspoon (nothing too deep) that I could just swish out with my finger worked well enough. Place the small round of dough slightly back of the very center of the iron template and press the top down (the dough smooshes towards the front) - clamping it into place (that's how my iron works anyway) and let cook till the steam has almost finished escaping (about a minute for mine.) I don't like them all white (underdone) or all brown (too close to burnt and tough). I like the cookies to be quite golden with the relief of the pattern a lighter color. Lift the cookies off of the iron with a mini rubber spatula or something that won't scratch your iron if it's nonstick.

Roll immediately onto a form if you want cones or just place on a cooling rack for cookies OR, I keep meaning to try making little ruffled bowls for ice cream. However, if making cones, I recommend that you enlist the aid of someone who can roll one while you roll the other or the second one will become too cool and stiff before you can get to it. (Not to mention the burnt fingers one gets when attempting to roll two!)

One last note: I don't know how long they last. I don't know how hard and sturdy for ice cream they get. They don't last beyond 5 minutes in our home. It's a trouble and a mystery that I will one day, hopefully, solve! I tried adding a 1/4 tsp of cream of tartar to the egg whites to make them stiffer and possibly of a stronger, yet, still crunchy construction but, then, realized that they had all disappeared before they were even cooled.

So, there you go! And, by the way, the idea to put lilacs in a cone came from Linda Lomelino and my pictures are in homage and admiration of her! One of these days (if it's kosher) I'll share one of her cakes that I've converted to gluten free. They translate beautifully! 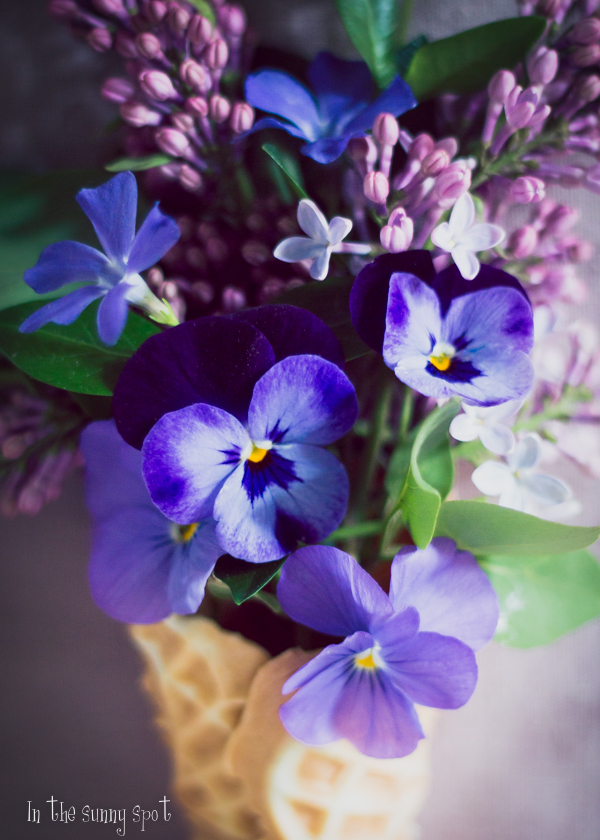 Oh! And remind me to tell you about the kittens!! 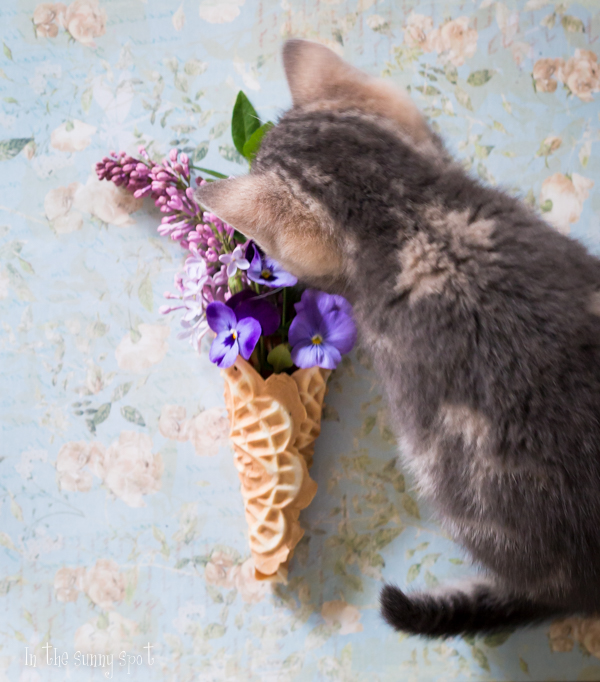 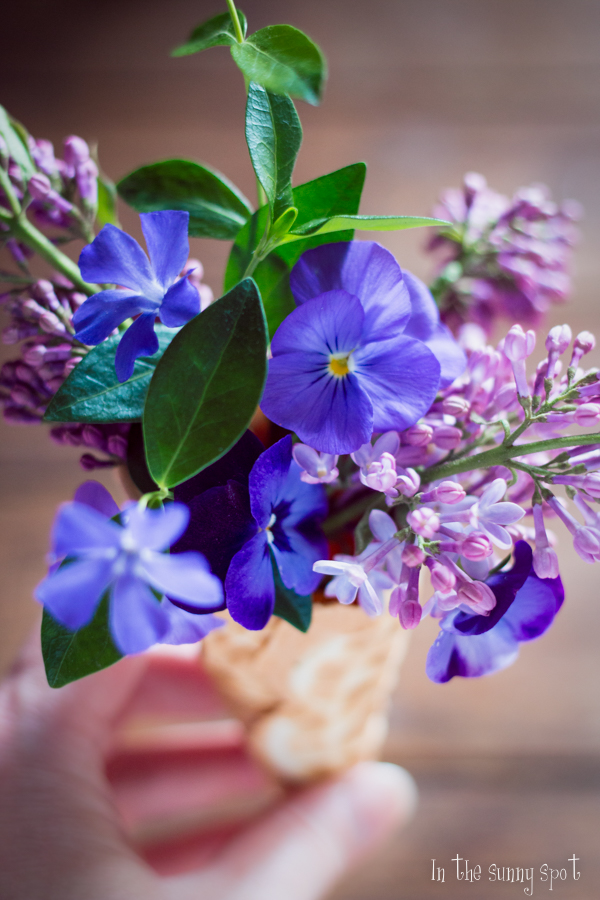