"There's some blue sky. Let us chase it!" - Marianne Dashwood 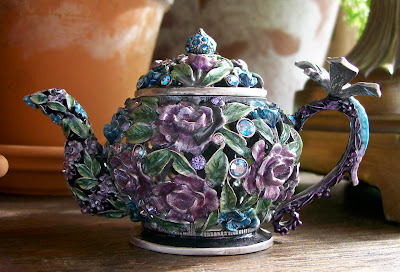 What an absolutely gloriously beautiful day it was today. Simply put, it held the promise of spring.
Everything was light and bright. I felt so refreshed. Everything looked new - like I'd never seen it before - both inside and out. It was a lovely day.
Perhaps the warmish temperature had something to do with it. Perhaps it was hearing familiar birds' songs that have been missing through several months of winter silence. Maybe it was the white puffy clouds floating high in the sky instead of low, dark and glowering.
Spring, even if it's only the February thaw, can make us so poetic.
I was doing more "spring" cleaning today but finally gave in and plopped down on the couch to soak it all in and to ruminate. I never get tired of the sunny spot here. 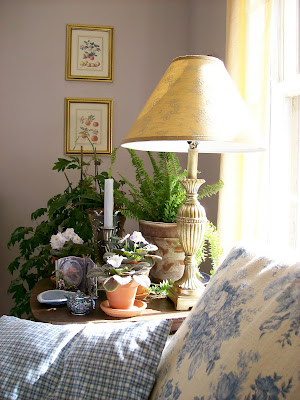 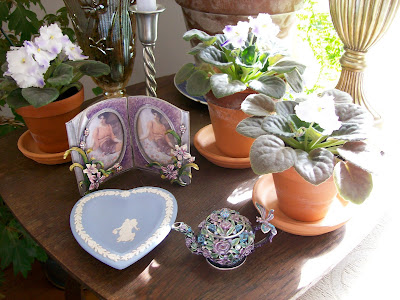 The boys spent almost the entire day outside. There was no dashing back inside after a short time to melt out by the fireplace. They've invented a new olympic sport. Plastic sled snow boarding. They're so cool! 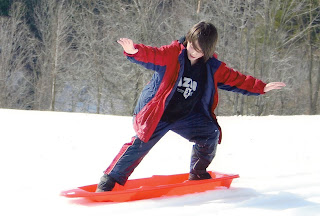 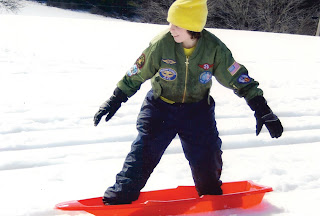 The chickens heard the shouting up on the hill and seized they're opportunity to squawk out their complaints. They've been stuck inside again since the snow's been so deep that it would be over their heads. The snow has thawed enough now. I threw them some scratch (you know, yum!) The rooster walked the plank first and the girls all came out after him - all lined up behind him. Trouble was, he was stuck at the end of the diving board - afraid to jump off. If one more hen came out, he'd be tossed into the drink. Safely, they all, decided to beat a hasty retreat back into the hen house.

Another toss of scratch and they thought that they'd brave it after all. They stayed on this little rock island for a while. I think that they eventually enjoyed the sun too.
Bottoms up! 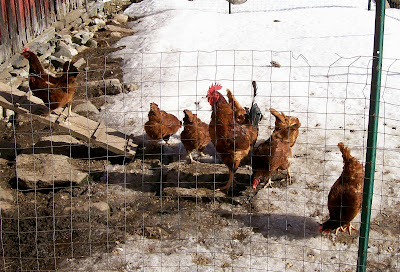 Meanwhile, back inside ...
Yesterday, I unpacked a box from our move a year and a half ago. It was labeled "silver tea pots". Since I had no place for them to go, they've stayed safely sealed up but when I finally opened the box, oh joy, I found some missing friends. A gigantic cloud came along to make it difficult to take good pictures of them. I'll have to do that later.
This lovely lady is one of them. 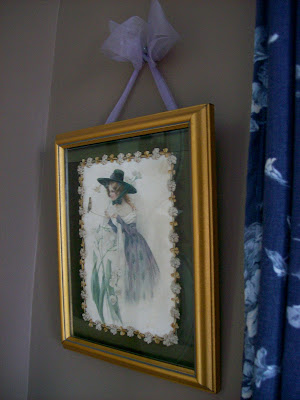 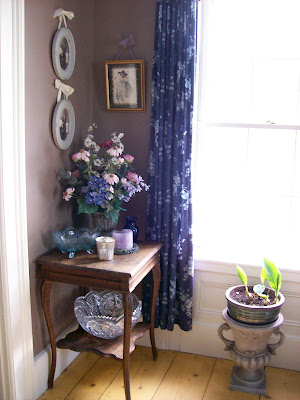 Maybe a couple of you remember the post about how I was spending the gift card that Tom got me for Christmas to the local antique center. Here's what else I got. 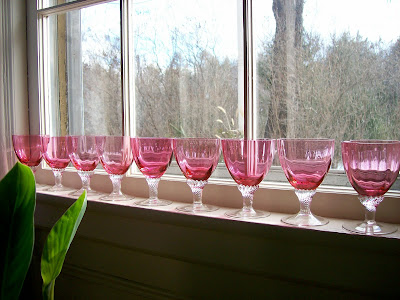 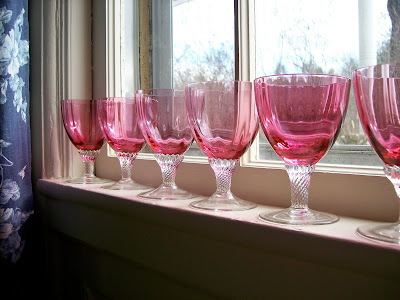 I also got a lovely blue plate. (The lower one.) 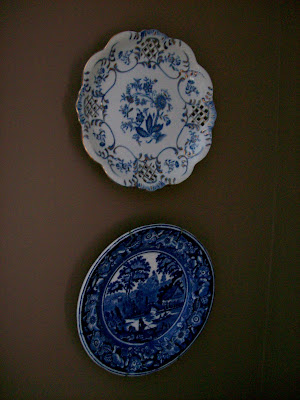 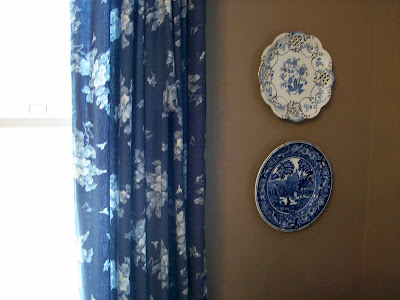 As I was photographing all of this glorious blue, I noticed a matching flash out the window. Of course, I chased it! Now it's a beautiful evening. 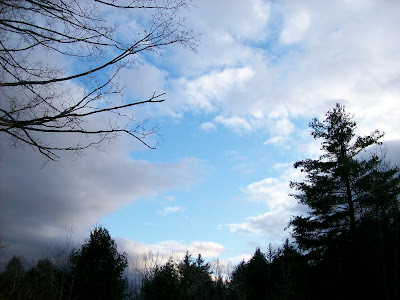