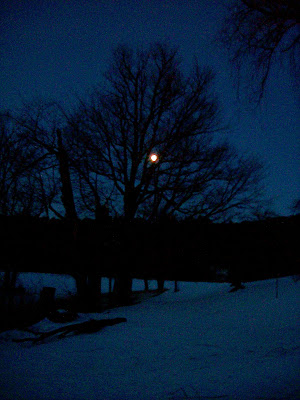 I've had to draw the drapes at night because the moon has been so bright. Truly, "the moon on the breast of the new fallen snow gave the luster of midday to objects below".  (just think about it for a moment, right now - "luster".) I've read that the moon was in perigee a few nights ago, meaning that during this orbit, it was at it's closest to the earth. This made it the largest and brightest of the year. In the deep blue mornings, when it's beginning to get light but we're still waiting in hopeful expectancy for the sun to come, the moon has been lingering for just a moment or two longer (as well as the planet Mars a bit off to it's right). It's been bringing all five of us some quiet and awe filled moments at the start of our day. 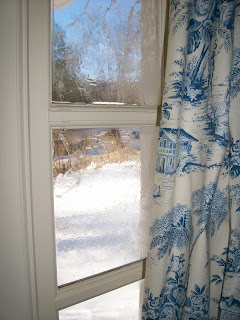 I have been able to keep up with all sorts of weather in places other than Vermont through Facebook and other blogs that I follow. In California, it has been raining a lot but I know that this means beautiful green hills and flowers for them. It's been a tough winter for the British - they've had glorious snow and some very cold weather indeedy. They, however, are talking about snowdrops and taking pictures of trees beginning to bud into flower. Even my friend in Maryland is reporting daffodils! We here in VT still have a long way to go. Right now, the average of two more months until we start to thaw doesn't seem impossible but, in March, we won't know if we'll be able to survive. I think, though, that we've built up much more endurance than the people in warmer, far off places. I'm still marvelling in the beauty of frosty winter and hoping that we'll get some fresh snow.
I've attempted with my simple camera to get some pictures of how beautiful the icy and glittery windows are in the morning. My tries have fallen short, but, in celebration of winter, I'll include them. At least, those of you who have never seen it before might be impressed. ( Howdy to Texas! I've seen that a couple of you have been following my ramblings a bit ... do you ever get a sparkling frost, I wonder?) The rest of you who are in the know will agree with me - it's a bit of magic alright! 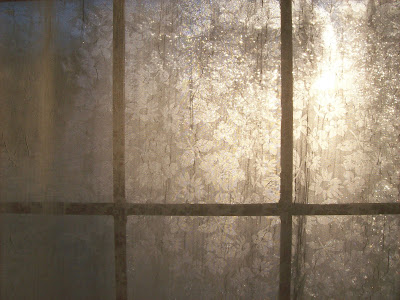 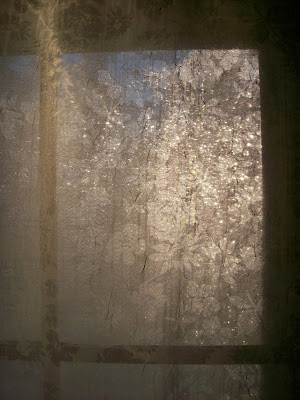 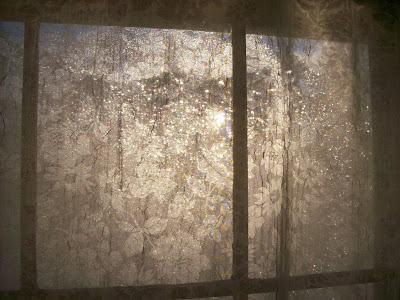 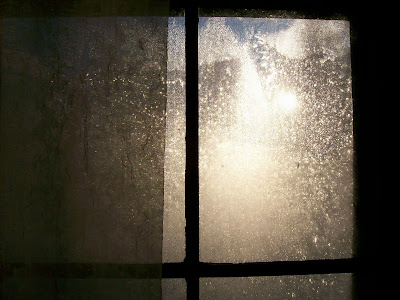 I had a fun and refocusing weekend and I'm ready to go. I'm off to clean and do laundry and to enjoy the very bright sun that is fully up and shining now. Soak it up!
Katy Noelle
Labels: astronomy, ice, moon, winter Posted by Katy Noelle at 11:25 AM