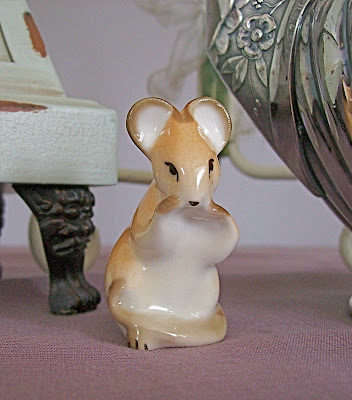 I really struggle because I have very little awareness of the passage of time. This is a true and documented fact.
To me, it stretches and shrinks with no rhyme or reason. Daily, it surprises me!
It makes planning difficult.

Sometimes I think that I'll have loads of time and feel optimistically that it will stretch on forever.
Sometimes I feel frightened because I think that there's no way that I'll be able to fit everything into it's tiny space. 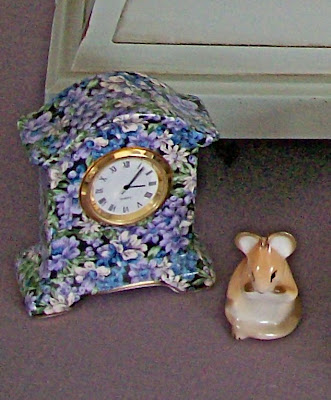 Everyone feels that way sometimes but, being the absent minded professor that I am, it wreaks a real havoc in my life (and, yes, in the lives of those close to me.)
Why is it then, that I love clocks so very much?
Could it be the soothing rhythmic ticking? I associate that sound with quiet moments of peace where I can breathe and rest. 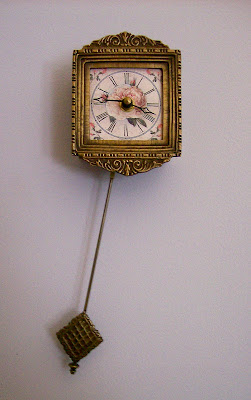 I began to collect them a few years ago but stopped because I thought that it was too cruel of an irony. The fact remains, I am fascinated by clocks and think them some of the most beautiful creations in the world. 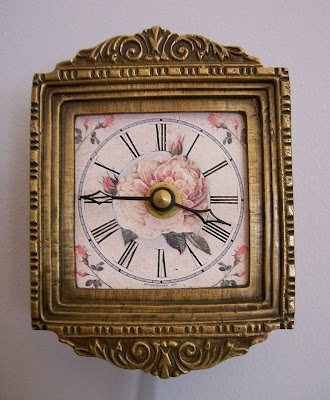 Do not fear for me. I have not brought up the issue of being overwhelmed with too much to do because of the kitchen project. For once it's going as planned!
No, I bring it up because of a certain event that is happening today.
It almost feels like a holiday and that there should be some festive decorations and a reading or two.
Today, Alice's adventures in Wonderland continues ... 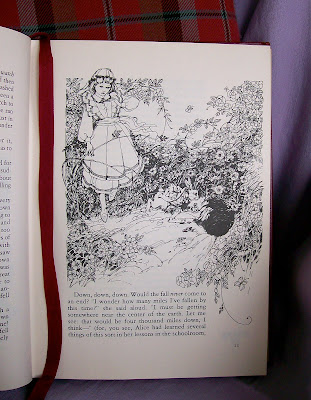 The character that I can relate to the most, of course, is the white rabbit. (Well, and the red queen who always wants it HER way.)
How many times now in my life have I sung, "I'm late, I'm late!"? 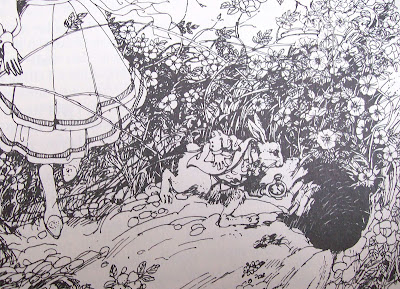 My eldest son, Lliam, learned to talk at a very early age. He was also fascinated with clocks. He would cry out, "clock!" every time he saw one and boy, could he pick them out! Sometimes we would say, "no, no, there's no clock there." It would always turn out that he was right. One time, he kept insisting there was a clock on a wall that only housed a framed print. It turned out that there was a clock on the wall in the scene of the picture.
Ironically, his sense of time is even worse than mine, though definitely inherited.
For our wedding, I bought Tom a clock. 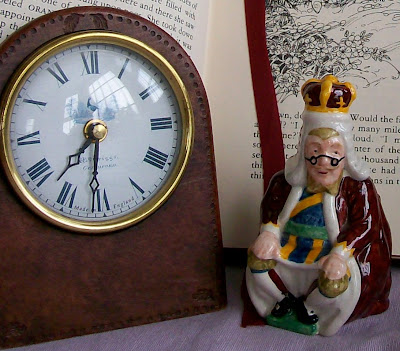 When Lliam was born, Tom bought me a small clock in the shape of a silver tea pot. (It's still packed away somewhere.) 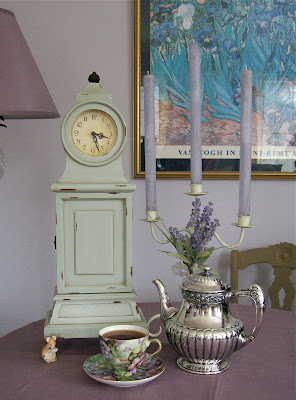 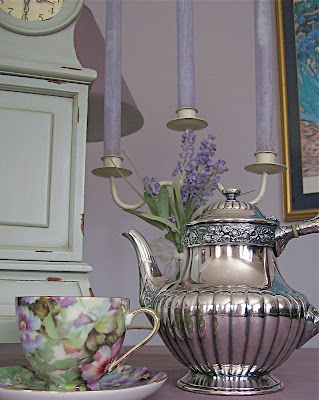 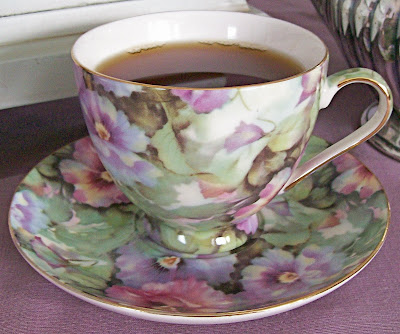 Sitting down with a hot steaming mug of tea usually means that I am off to my other world where time makes no sense. You never know when I will come back.
Then I saw an amazing thing in the depths of my cup. (No, not ants in my tea!) 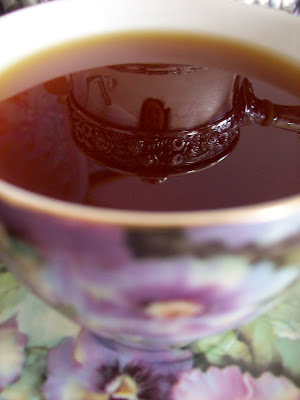 Here is an image of an image of an image of me.
As a reward to you for listening to my timeliness woes, I will give you a preview of my new kitchen wall color. Here is my sunny clock and, yes, that is the new color of the walls! (and, no, that is not my small but wonderful splurge - it hasn't arrived in the mail yet.) 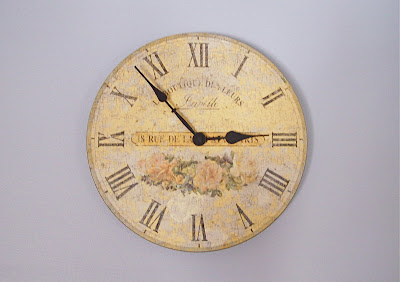 It helps, if you are going to receive shockingly bad news to have such a lovely messenger to soften the blow.
Oh! Look at the time! Goodnight!
Katy Noelle xo
P.S. Tempus Fugit! Have you ever seen that Mary Engelbreit picture with the saying, "Time Flies -  whether you're having fun or not!" ?
Another P.S. Now, I wonder what character from Alice in Wonderland you can relate to.
* "Alice" illustration by John Speirs
Okay, I am writing this in ALERT red. I have discovered two new wonderful blogs (I'm constantly trying to maneuver around that unflattering word!) They are just wonderful!
One is Lola B's, which is gorgeously french shabby chic and gorgeously hysterical to read.
The other is cut from a similar cloth (they're good friends) - French Larkspur . Not only is a visit to her well worth it aesthetically, but, she is having a giveaway. I haven't been going for those BUT I have to tell you, she's giving away a book by Jeanne d'Arc which is, as she puts it, a living garden book. The title is Franske Farnemmelser and is about infusing Swedish/French style into your garden. The pictures are beautiful! The link above will take you to the appropriate post to enter. (Cottage Garden, it could be fate ... well, or coincidence. = ] )
Talk about coincidence now, she's also giving away 3 vintage clock faces! Oh dear, I really wish that I would win! sigh
Labels: Alice in Wonderland, clocks, colors, gustavian, pretty things, swedish clock, swedish interior, tea pots, time Posted by Katy Noelle at 11:43 PM