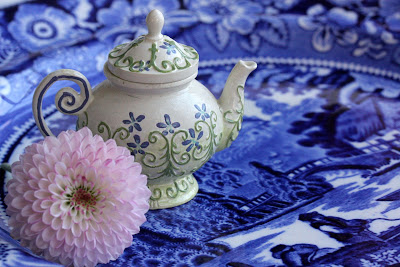 Hello, Friends!
It seems like it has been a day and an age since I've last posted. Several of you have asked how I've been and, well, it's been a very strange past five months! (Since school started, actually.)
Trouble is, I've been involved with some large projects - some, fun - some, I would really like to hide my head in the sand because of. I've hacked my way through most of them and am feeling lighter, now, with the beginning of the new year. (Thanks to those of you who have asked!)
One of my major projects that was taking a lot of time and energy, this past October/November was my garden (tiny start of a thing that it is.) Like some of you know, Tom finally finished the stone wall and I was able to move my old languishing perennials from the parsonage (they'd been there untended for two years!) Digging the garden was absolutely painful. There are a lot of rocks in Vermont but this was something quite special. The dirt was gorgeous in the end, though. 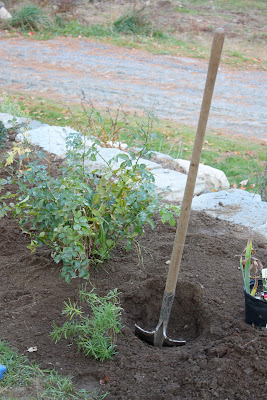 It's been a completely different experience digging and planting a garden right when everything is going dormant. I planted over 800 bulbs, too. Then, I bit my nails as we had well below freezing weather and no snow for two months. "Normally" (although, the weather is never "normal" in VT), we get snow, at least, by December and it adds a lovely blanket of protection from the deep frost. I have no idea what will come up - what will live and, really, what it will even look like. What a grand surprise I'm going to have this spring, eh? (er, hope springs eternal...)
The winter bones of my baby garden. 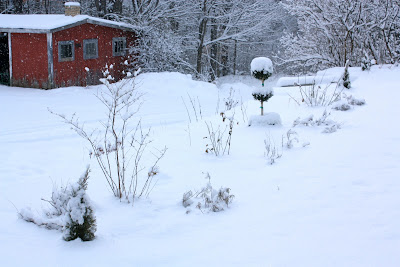 Snow!
This does bring up snow. Madelief asked me if we were getting ready for spring in the garden, yet. The answer is that we got over a foot of snow, today. I'm sure that we will get more, too! sigh.
This is the view of the lane leading up to our home, from the bottom of our driveway, after the first snow, on January 8th. It still looks like this but MUCH deeper! 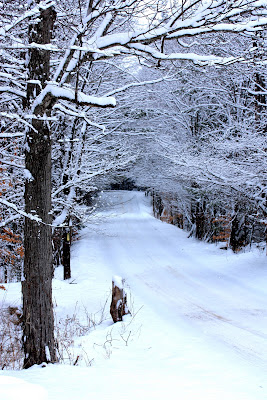 Well, not only have there been a few stressful projects that have been keeping me busy, the past few months, but, also, I've been in this curious conundrum that, when I sit down to write a blog post, pictures and words don't seem to come together for me. Happily, the ideas are starting to flow again.
Still feeling the freshness of the new year and needing to pick myself up and to keep going after all that's happened, words of wisdom for myself have been banging around in my head. I thought that I'd share a few of my thoughts with you. Hope you don't mind!
~ Lighten up!
~ Those who can't laugh at themselves, leave the job to others.
(J. John - a British evangelist) 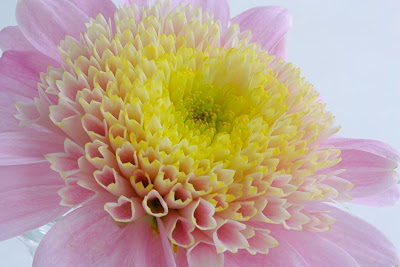 Remember! Wherever you go,.... there you are!
Time flies! (Whether you're having fun or not!)
(The adorable Mary Engelbreit)
Remember to take things with a grain of salt! 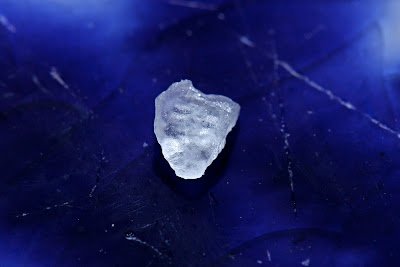 I just heard my boys in the other room talking about "that's how the cookie crumbles"! (Although, they could have been talking literally about it all - Grandma had just sent cookies down.) 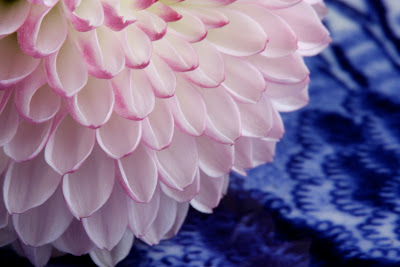 This is from the notes on a CD but it just made me laugh!
How many times have you fallen in love with a lyric that you thought went, "Show me a day with Hilda Ogden and I'll despair." Only to find out that it went, "Show me a way to solve your problems and I'll be there."
Here's another song lyric:
I don't wanna be a flame, I wanna be a raging fire!
(Hmmm, that's a good one - yeah!)
(From Ginny Owens! and, if you're one of my friends who likes christian pop/rock and don't know her music, yet, you should!) 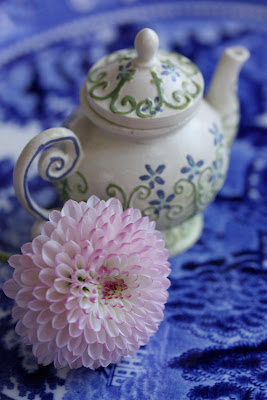 Some of you will have heard this gag before:
To do is to be! ~Socrates
To be is to do! ~ Plato
Do-be-do-be-do! ~ Frank Sinatra
Don't forget Scooby-dooby-doo!
And,
"Well, gang! It looks like we have a mystery on our hands!
Let's split up and look for clues!"
(Fred=])
I've been listening to the Police a little bit, though, and I think that Sting has it right:
De do-do-do, de da-da-da!
That's all I want to say to you!
De do-do-do, de da-da-da!
Their innocence will pull me through! 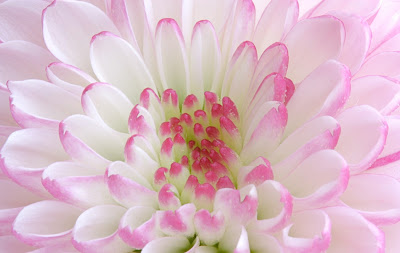 well, perhaps I'll have something a bit more erudite for you next time!
Katy Noelle
Posted by Katy Noelle at 11:02 PM