My Garden (for those of you who are starting to doubt that it exists....) 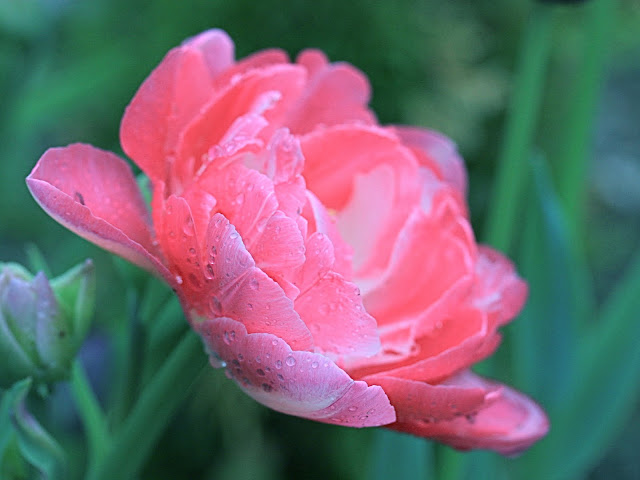 "Though an old man, I am but a young gardener."

(Bless you, Mr. Jefferson, for ever having said that!) 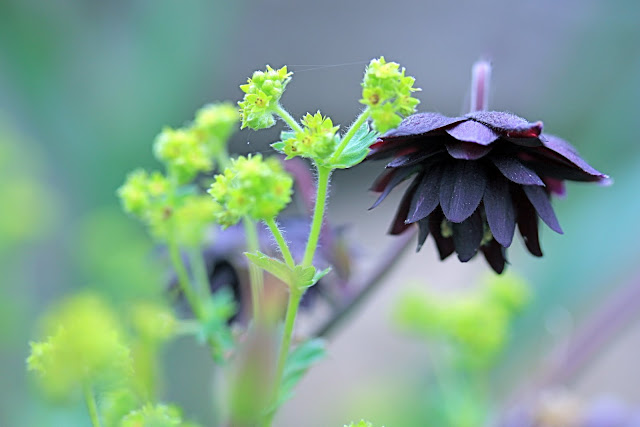 I have had a curious experience in moving to Vermont. I was raised in Pasadena, California (a.k.a. Los Angeles). Clearly, I am a city girl - simply meaning that, our neighbors who canned their own jars of jam were viewed as a bit out of the ordinary when it came to their skill with those romanticized and mysterious types of homemaking abilities that are often associated, for some reason, with living in the country. My parent's provided a wonderfully homey home to grow up in and I was raised to practice the art of hospitality. However, when I moved out here to start a tea room, eighteen years ago, I think that I was the only one surprised. It didn't even phase my friends that I had never simmered a pot of soup nor witnessed how yeast could puffer-fish the dough in my very own loaf of bread. I was, however, extremely gifted in the area of chocolate chip cookie production and, I think that my friends thought that I couldn't possibly have any problem making the small leap to those more refined areas of the culinary arts. Further still, apparently, they had boundless faith that I had the innate skills of a homemaker in every way. Well, at least they were close: I do have the desire to be one. It's been a long road!

Speaking of gardening and idealized, country homemaking....even more curious was the fact that, until a few months before my move, I had never even heard of a 'perennial'. In the desert climate of  Southern California, the tradition is to go to the nursery and buy annuals - there was never any mention of perennials! In the dream that my tea room would have the most wonderful country cottage garden, I'd bought a book that looked promisingly helpful and heard, for the first time, of exotic plants like phlox and hollyhocks! (For those of you from California,  and who might be as lost about this as I was, those are very common perennials - yes, they are!) I thought that I'd never learn it all!

I began chipping away at the stone-studded dirt of VT and, so, also, began my adventures in gardening. There's been a lot of growth.

When we moved to our new home, here, up on the hill, I was forced to take a three year gardening break. There were pipes and wires to be laid, right where the garden was going to be. My plants languished at the old parsonage until we could catch up with our projects. You can see how it was going just last year if you quickly blip over to this post.

It's strange how much the seasons in the garden had become part of the routine of my life. I was lost without my garden! It's not June unless there are roses and, who knows when school is about to start without phlox?! The only marker, of this sort, that we had, were some ancient and gnarled old apple trees and a very glorious, long hedge of lilacs (lilacs = mother's day). Finally, when the stone wall was completed in September, I began preparing the soil and moving the plants. Things were either dormant or near death because of a terrible drought and I waited with no idea what would survive, this year, or what it would look like.

Spring is always a miracle but, this year, it felt like a garden that had been secretly hidden, all this time, magically appeared from no where! 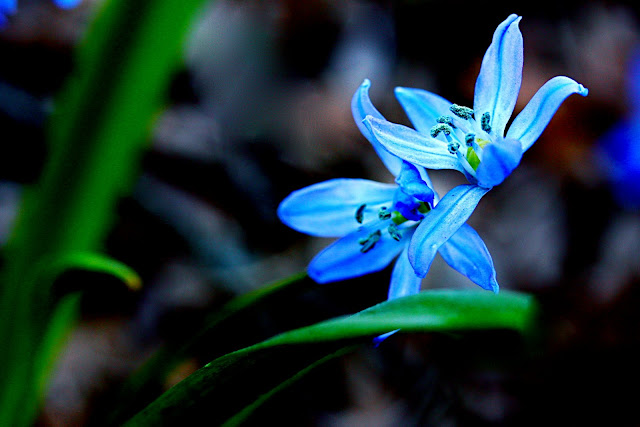 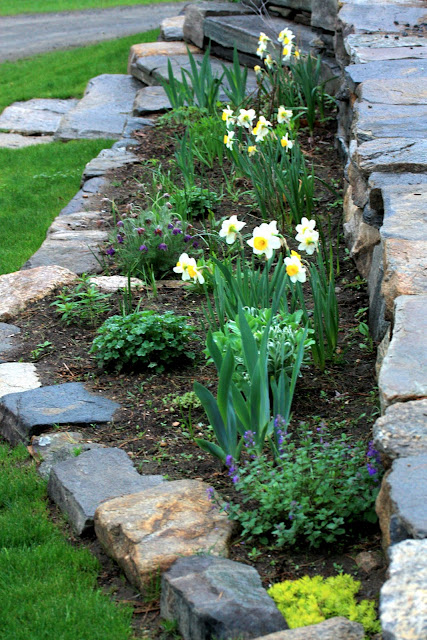 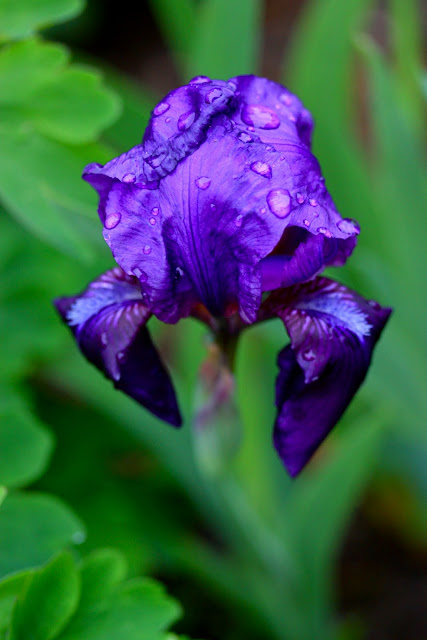 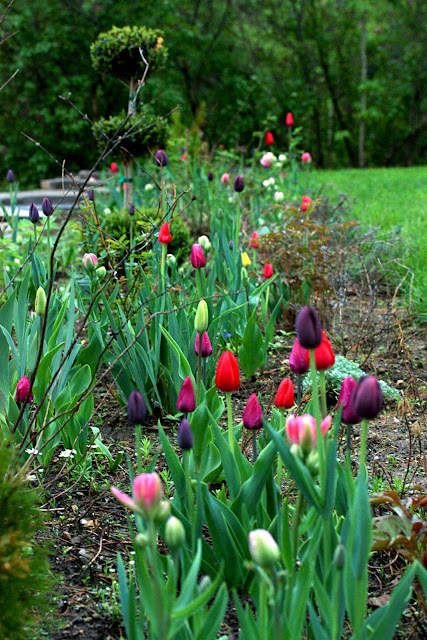 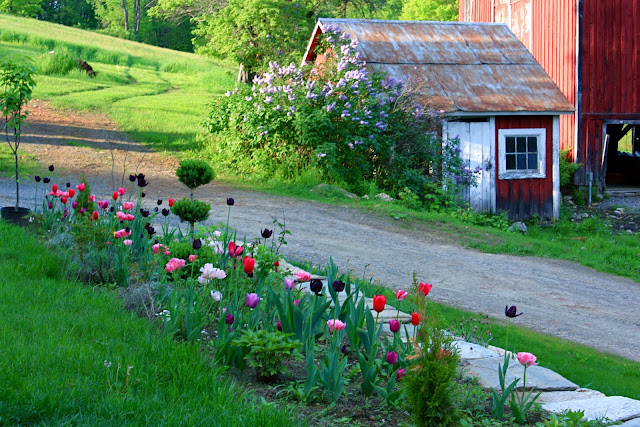 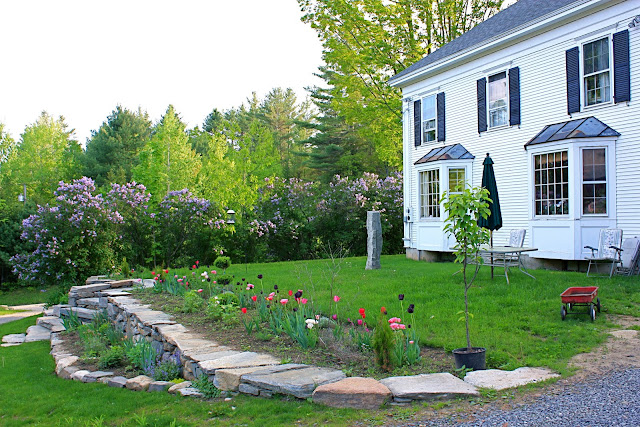 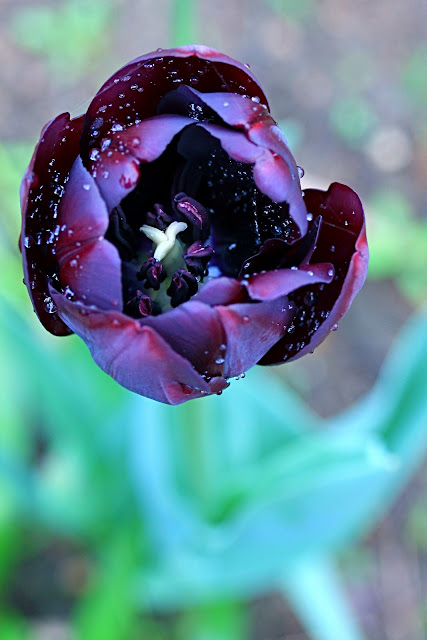 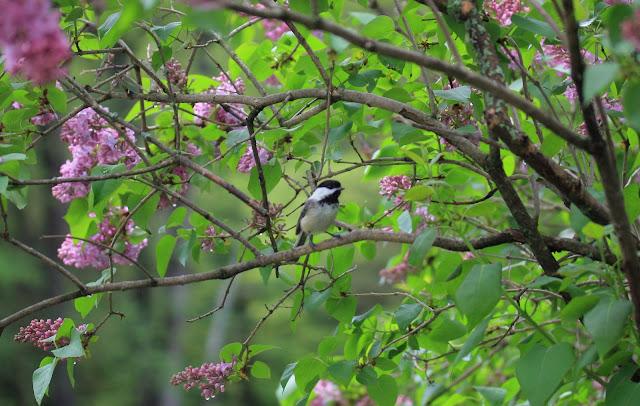 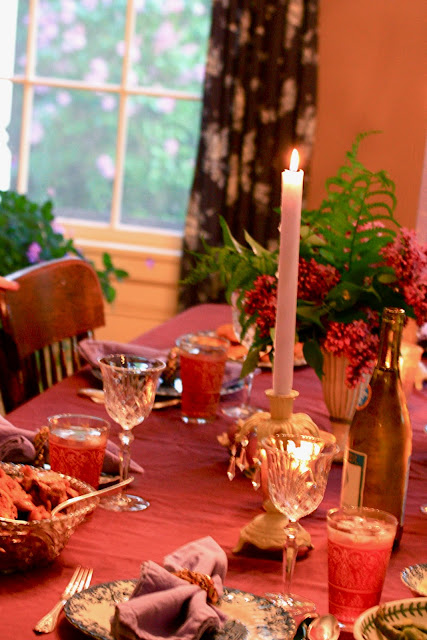 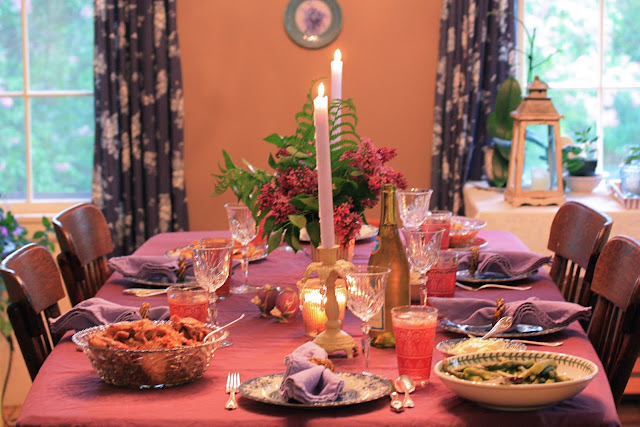 The learning and upward toil pays off more and more, every year. The flowering bulbs, planted 'en masse', were a joy and so was the 'poultry with figs and bleu cheese' that was very much enjoyed around a warm family table, this past spring. I love loving home.... now, if it was only a bit more tidy and orderly.... sigh! 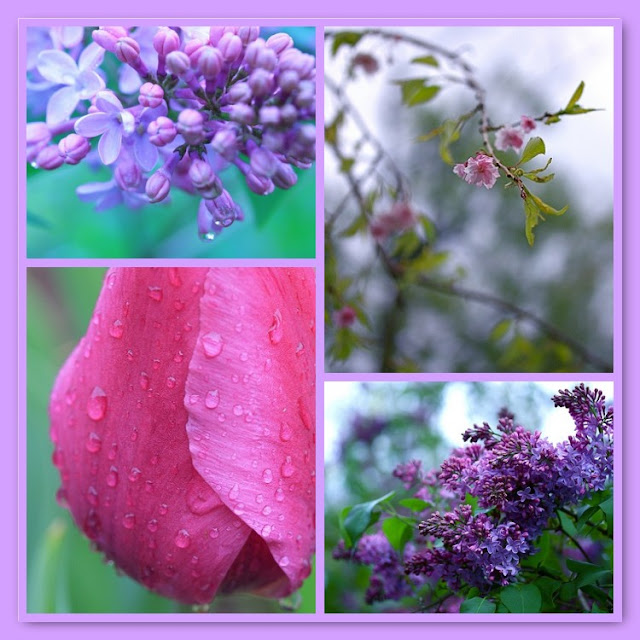