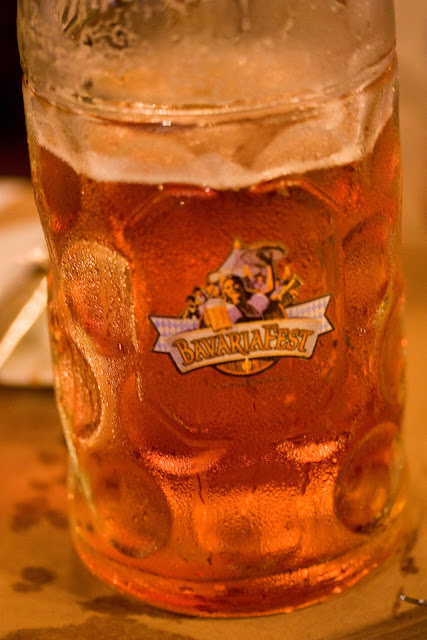 I've had such a whirlwind time, the past two months, and a lovely autumn season. There are several happy memories that I would like to share with you in hindsight before the Christmas season starts in earnest; so,....if you don't mind me blogging while looking in the rear view mirror....

The season started out looking like we might not have much color in the trees at all. With all of the rain we've had, there was a bacteria effecting the leaves and making them turn brown and just fall off. It was very unsettling and more than a little disappointing but, then, quite suddenly, I woke up one morning and looked out the front door and saw this! I was so genuinely surprised! Many people had a similar experience - they noticed a sudden pop of autumn color, just when we thought it was all going to be over. 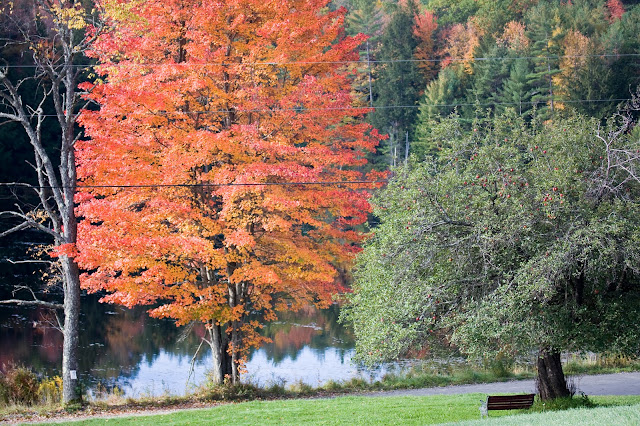 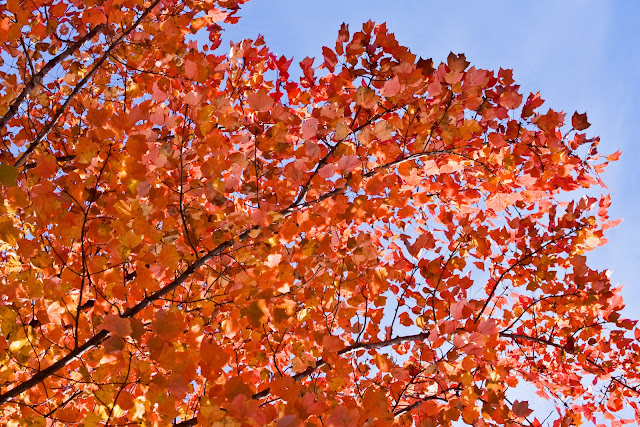 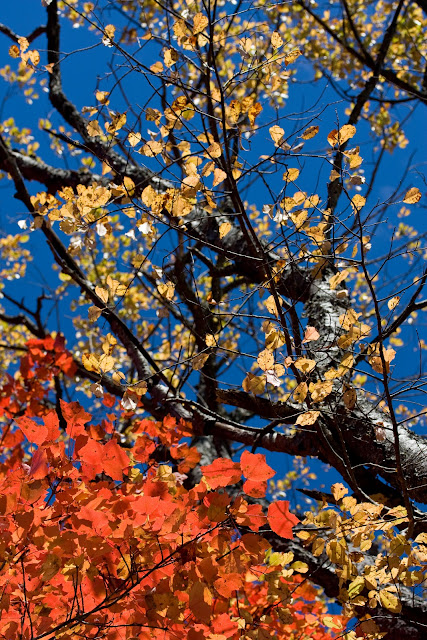 Well, around about that time, my sister and husband invited me to go to one of our favorite restaurants - LA Burdick's - Boston, New York City and....Walpole. It cracks me up, every time. I mean, who's ever heard of Walpole? ;) but, here is this wonderful restaurant in our obscure "neck of the woods". There was no particular reason to go - no birthday, etc.  My husband had done a favor for the family tea room and my sis was treating him and he, in turn was treating me. How luxurious to go for no particular reason....

It wasn't until I got into the car that I found out that there was a particular reason...

Oktoberfest traditionally starts the third week in September and ends the first Sunday in October. It began in 1810 in Munich as a series of festivities in honor of the marriage of Crown Prince Ludwig to Princess Therese of Saxony-Hildburghausen. The decision to repeat the festival in the following years gave rise to the tradition of Oktoberfest. Today, the Oktoberfest in Munich is the largest festival in the world and is celebrated worldwide in similar events.

There was a "mostly traditional German menu with some contemporary and seasonal dishes that will focus on originality with a few creative twists... special German cakes and pastries, as well as a selection of fine German beer and wine... " 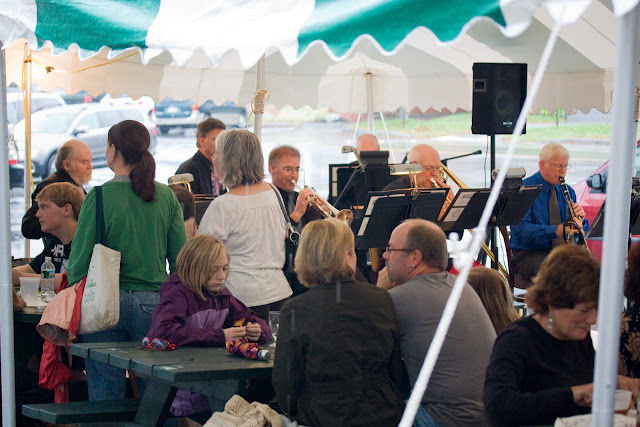 There was a tremendous flow of unbelievably tasty and comforting handmade bretzels with German mustard and a soccer game - USA vs. Deutschland. 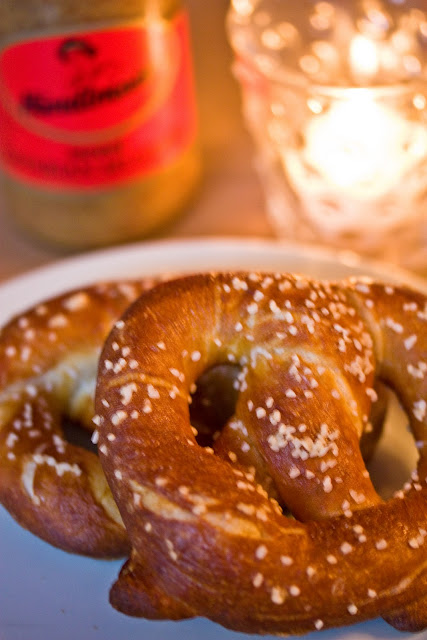 Inside, as always, there was atmosphere galore! 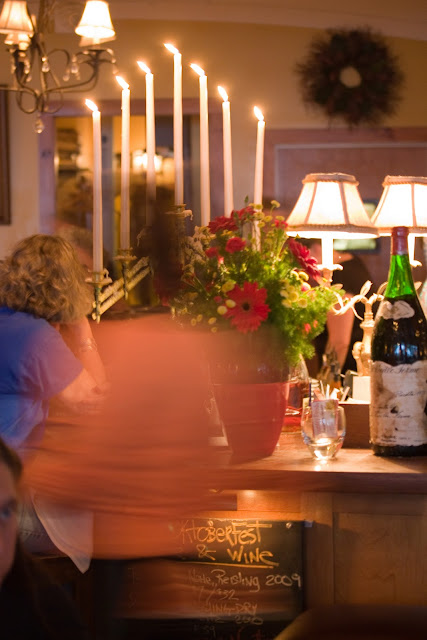 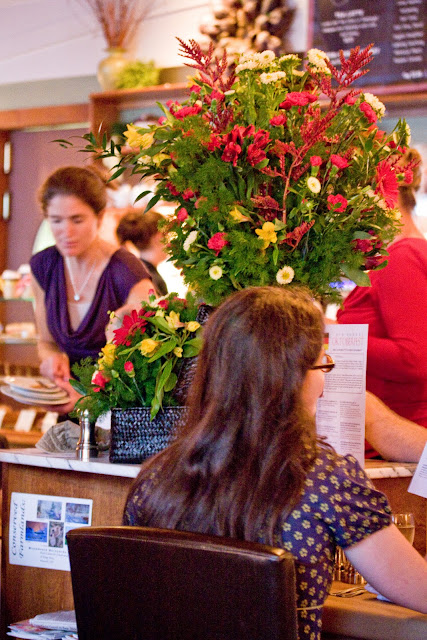 and the food...
warm potato salad served in a crispy bacon basket with German wurst and hot mustard. 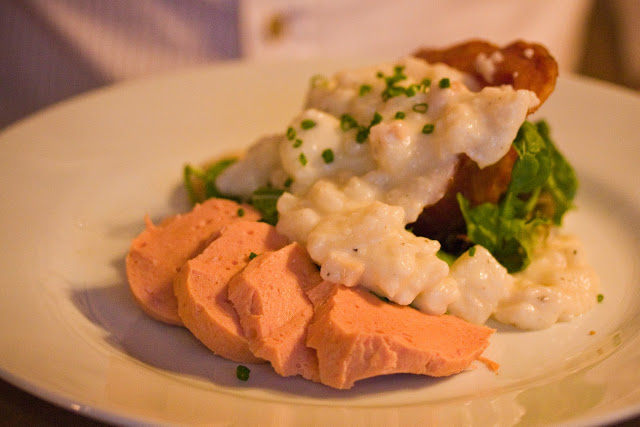 Salad of quail with fall mushrooms and hazelnut vinaigrette. 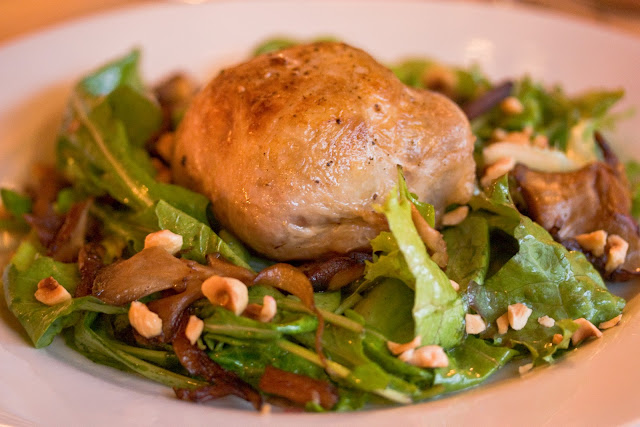 and for dinner...
Venison "Baden-Baden" with Spaetzle, pears and chanterelles 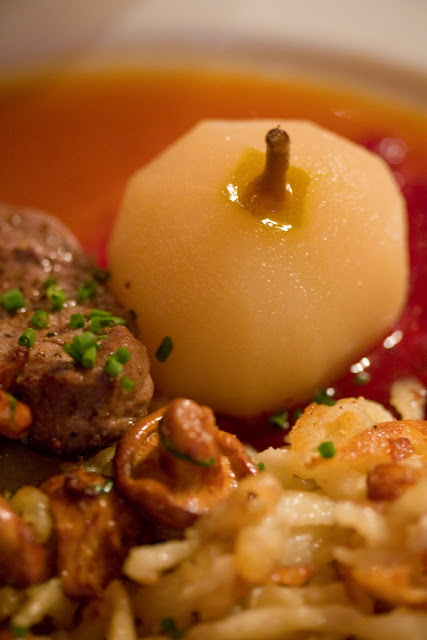 Every bite was heaven!

and as the music pumped on into the night... 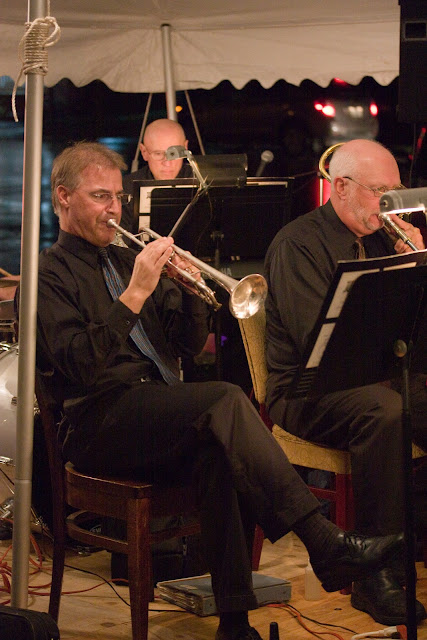 and the laughter grew louder 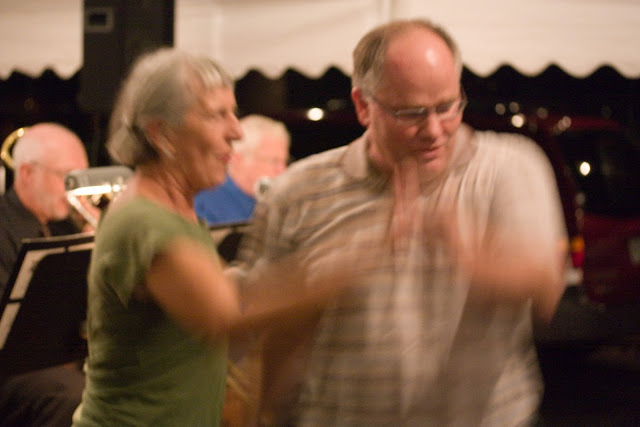 and there were stars in our eyes from having shared such a wonderful experience with each other... 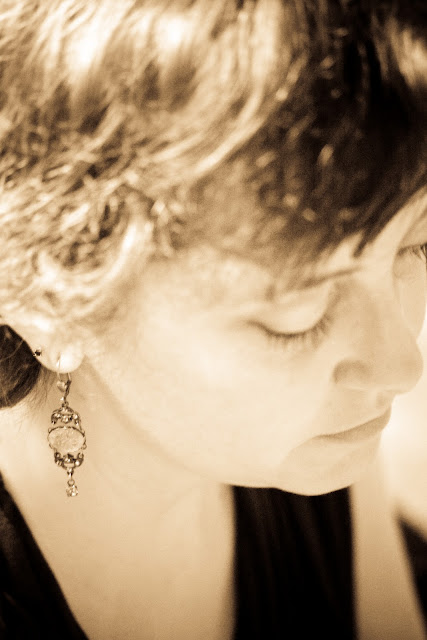 The best was yet to come... 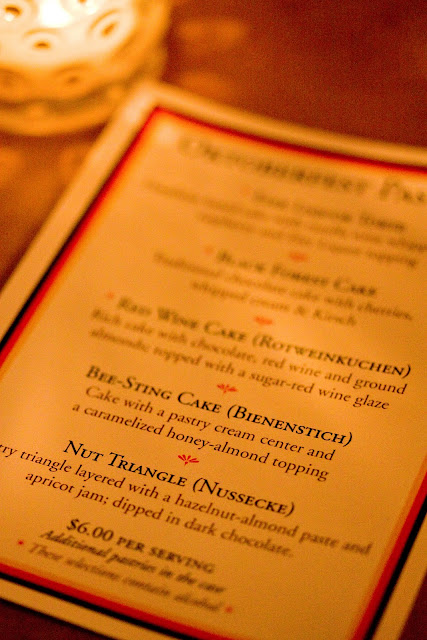 (Silly, what were you thinking the best thing would be....?)

I had the bee-sting cake. 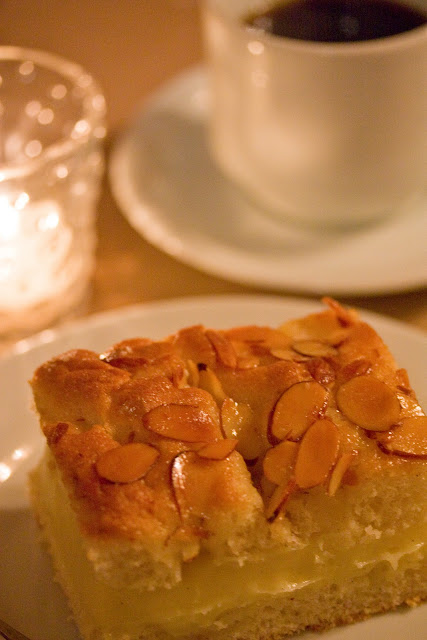 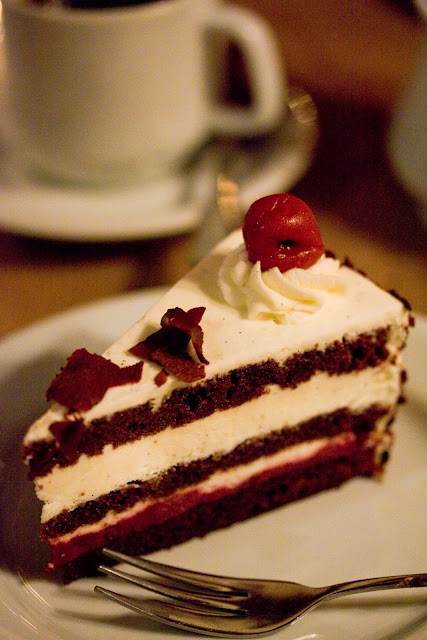 It was a wonderful, wonderful surprise!
Such a happy memory and there are 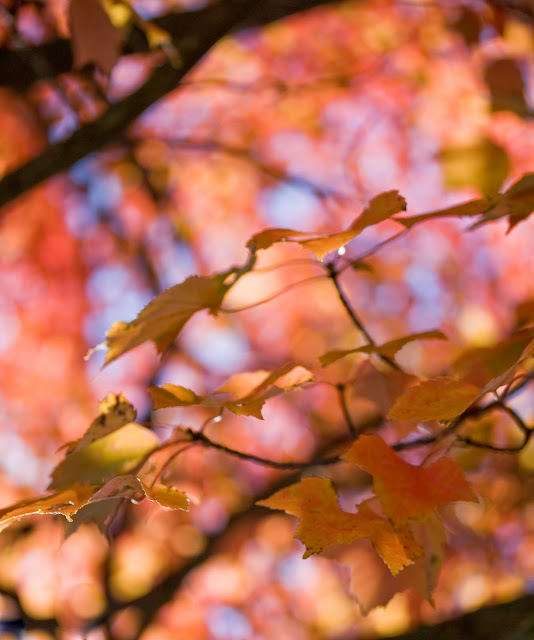